As of Windows 10, Microsoft has shifted away from Hosted Network, the protocol that was originally introduced in Windows 7 to allow Internet Connection Sharing on PCs. Hosted Network has been replaced with the new  Wi-Fi Direct. Connectify Hotspot is the only application that can successfully create a hotspot on all Windows 10 computers because it supports the Wi-Fi Direct APIs.

To see that it doesn’t support Hosted Network, open a cmd shell and run the below: (Surface Pro 4 demonstrating it has no "Hosted Network" Support)

This means that no other applications or instructions for turning your Windows laptop into a Wi-Fi hotspot will work (with the exception of Connectify Hotspot).

Below: You will see this when the command to start Hosted Network is run on a Surface Pro 4:

How to Share your Wi-Fi on a Microsoft Surface

Below are the proven steps to make your Microsoft Surface tab share its Wi-Fi connection:

Other Wi-Fi Sharing Apps are Broken

Virtual Router, which was the second hotspot router app to market (after Connectify Hotspot), essentially shows the same error message in its window when you try to start a hotspot on the Surface Pro 4:

Note: There's no way to start a hotspot on your Surface Pro 4 using a virtual router and another Wi-Fi Sharing apps.

Connectify to the Rescue

Currently, the only way to share Wi-Fi on your Surface device is with Connectify Hotspot. To check for Wi-Fi Direct support on your Windows computer, just run “ipconfig /all” and check for an entry called “Microsoft Wi-Fi Direct Virtual Adapter”. Below: The app uses the “Microsoft Wi-Fi Direct Virtual Adapter” whenever it’s the best choice. If you're a Surface owner or have any Windows 10 PC, Connectify Hotspot is the best solution for turning your laptop into a Wi-Fi hotspot. 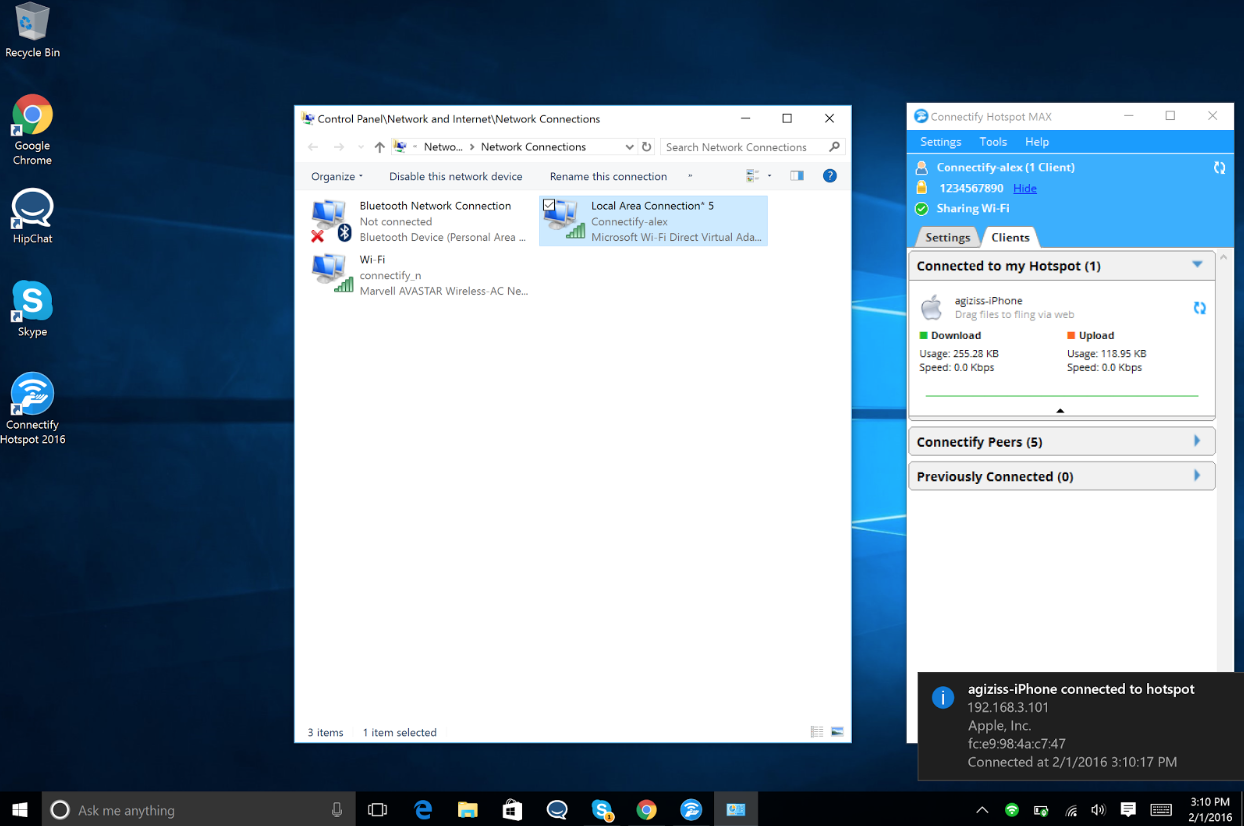